It is with great sadness that the BSGE reports the death of Alan Gordon, who passed away peacefully on 25th August, 2018, after a period of illness. 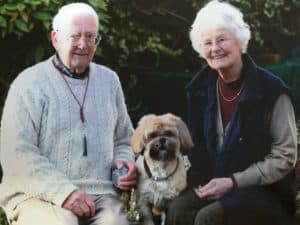 Alan Gordon was a founder member and the first president of the BSGE, he is part of the Society’s DNA.
Alan founded the British Society for Gynaecological Endoscopy in 1989 with a small group of like-minded consultant gynaecologists keen to promote the benefits of minimal access surgery for their patients, encourage the development of pioneering surgical techniques and provide facilities for training.

“Alan was a pioneer of gynaecological endoscopic surgery, at a time when this advance in the care of women was not universally accepted. Those of us that have come after him can scarce imagine the opposition that Alan and his generation faced, nor an era in which minimal access surgery was not the norm. In addition to altering his own practice, Alan was a founder and then first President of the BSGE. By laying the foundations of a society that now numbers over 1000 members, he ensured that skills and knowledge were shared for the benefit of our patients. Our members and our patients have much to be grateful for to Alan. In recognition, his name will continue in BSGE history in the form of the Alan Gordon Travelling Fellowship; I would like to think that he would approve.’

Alan George Gordon was born on October 26, 1929 in Belfast, Ireland. He studied medicine at Queen’s University, Belfast, 1953 and became a Fellow of the Royal College of Surgeons in Edinburgh in 1962, subsequently becoming a Fellow of the RCOG in 1974.

Alan worked as part of the Royal Army Medical Corps. In Hong Kong from 1955 to 1958 then returned to his native city to work as assistant lecturer, then lecturer at Queen’sUniversity, Belfast. In 1965 he moved to Hull, taking up the position of consultant at the Princess Royal Hospital, where he worked from 1965 to 1992.

Kevin Phillips, Hull Gynaecologist and past President of BSGE paid this tribute to Alan:

“Today we may see minimal access surgery (MAS) as the norm, but it was not considered such in the late 80s and 90s. Alan, rightly so, should be considered as a pioneer int his field. I am proud to work in Hull and to have followed Alan in ensuring MAS continues to grow in this city and well beyond. It was a pleasure to bring the ASM to Hull in 2016 when our society had grown from the original few to a thriving society of more than a thousand members.”

Outside work, Alan loved association croquet, walking and spending time with his family. He married Mary Naylor in1963 and leaves her and their three children: Catherine, Claire and Patrick.

Since Alan’s death, the BSGE has received many messages of condolences and tributes from across the world. This reflects the high esteem in which he was held bothpersonally and professionally. These have been passed onto the family, however here is an example from past BSGE Honorary Secretary, Mary Connor.

“Alan Gordon played an important role in my minimal access training. Though I had never worked with him, he provided support and mentoring and enabled me to begin my journey as a laparoscopic gynaecological surgeon. Along with many other colleagues I am immensely grateful for his role in setting up the BSGE and enabling so many of us to develop and refine our minimal access skills and improve the care we can give to our patients.”

A funeral for Alan Gordon is to be held on Friday 7th September, and following the cremation there will be a service of thanksgiving at Stokesley Parish Church at 12 noon, followed by a reception.