History of the Endometriosis Centre Project

After the world congress on Endometriosis in San Diego California in 2003 a group of gynaecologists who were active members of the BSGE recognised that UK gynaecologists needed to improve surgical treatment of patients with severe endometriosis. At that time in the UK, patients were being treated with considerable variation in both treatment method and outcome. There were delays in treatment and the quality of surgery varied. Throughout the world consensus was developing about the best methods of treatment for severe endometriosis and it involved specialist laparoscopic surgery. The BSGE group, led by Mr Jeremy Wright, concluded that patients with rectovaginal endometriosis (RVE) should only be treated by gynaecologists with appropriate laparoscopic surgical expertise. Their management should be in centres where the outcome could be monitored to enable continuous audit of outcome.

Rectovaginal Endometriosis before during and after laparoscopic surgical excision

The endometriosis centres project was established and managed through the BSGE under the presidency of Mr Alfred Cutner. Meetings with gynaecologists who had a special interest in endometriosis were held at the Royal College of Obstetricians and Gynaecologists (RCOG) to develop proposals to improve treatment of patients in the UK. The conclusion reached was that centres should be established where RVE could be managed by advanced laparoscopic surgery. It was agreed that treatment and outcome data should be collected on all patients with RVE, to provide a dataset of UK evidence to inform clinicians, patients and healthcare commissioners. Data would be inclusive of all patients with RVE treated in the respective centre and would not be selective. This was essential to avoid selection bias in the outcome data. The findings would drive improvements in patient care, establish the benefits and the risks of treatment, illustrate costs of these services and inform commissioners of what standard of treatment they should expect for their patients. This was clearly an onerous responsibility for individual clinicians to carry and therefore it was agreed that the BSGE would establish and monitor accreditation of such centres.

In parallel to this development the BSGE, in conjunction with the Royal College of Obstetricians and Gynaecologists (RCOG), established a specialist Advanced Training Skills Module (ATSM) in complex benign laparoscopic surgery. Mr Alfred Cutner and Mr Sanjay Vyas, who undertook the negotiations with the RCOG, developed the training programme. The programme was designed to provide specific training in complex laparoscopic surgery to develop a cohort of consultants who would be capable of undertaking laparoscopic surgery for the treatment of RVE (amongst other pathologies). It is expected that these individuals will lead and develop new BSGE accredited Endometriosis Centres throughout the UK and expand the quality of treatment for patients throughout the country.

One of he fundamental parts of the endometriosis centres would be to collect data on all patients treated for RVE and a common method for recoding these data was needed. The proposal was to establish a web based BSGE database for all accredited centres to use. Meetings about database design were held and initially focussed on how to define RVE, and what data to collect. Ultimately it was decided that RVE which required dissection of the pararectal space should be used as the discriminating factor; so this surgical procedure became the defining variable for including patients for post operative follow up for two years. Collecting outcome data on pain, quality of life and complications was planned. Dr Karen Ballard from the University of Surrey researched the best methods for assessing quality of outcome and established the most suitable quality of life questionnaires for this patient group. A standard set of possible complications were defined and included in questionnaires. Over the early years these were modified to ensure they captured the most appropriate quality measures for patients with endometriosis. These are now standardised, so outcome data from any BSGE accredited endometriosis centre is comparable and can be united as a single data set for later analysis.

A BSGE committee for endometriosis centres was set up and chaired by Mr Jeremy Wright, who started the work to find a suitable commercial provider for a web-based database to store the data. A company was chosen and a database was written, however the company and database proved to be unsuitable, so this initial project was abandoned. Subsequently the portfolio was taken on by Mr Adam Moors, who set about finding a replacement IT provider. After short listing and competitive tender, ICE IT was chosen. The same company provided the web based database for the British Society of Urogynaecology (BSUG) and were well placed to develop a similar product for the BSGE. Establishing the structure and content of the database was an enormous task and required clarity and discipline, to ensure all the essential data were included without it being too unwieldy to use. Meetings were held with BSGE members who had a special interest in endometriosis and it became clear that the initial product would require constant improvement and refining to achieve the most user friendly data collection and retrieval system.

A budget was set by the BSGE of £10,000 annually to support the database development and running. Ultimately the data base in it current form was started in 2007; to date the BSGE has continued to spend approximately £10,000 per annum on maintenance and further development and as of November 2011 there were a total of 635 patients on the database who have undergone surgical treatment for RVE; as defined by the need to dissect the para-rectal space as part of the operation. 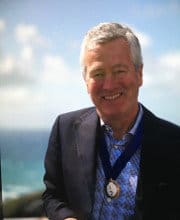 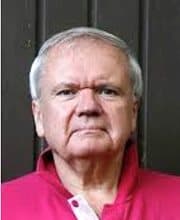