New President for the BSGE

Sanjay Vyas takes over as BSGE president, starting an exciting new era for the Society. 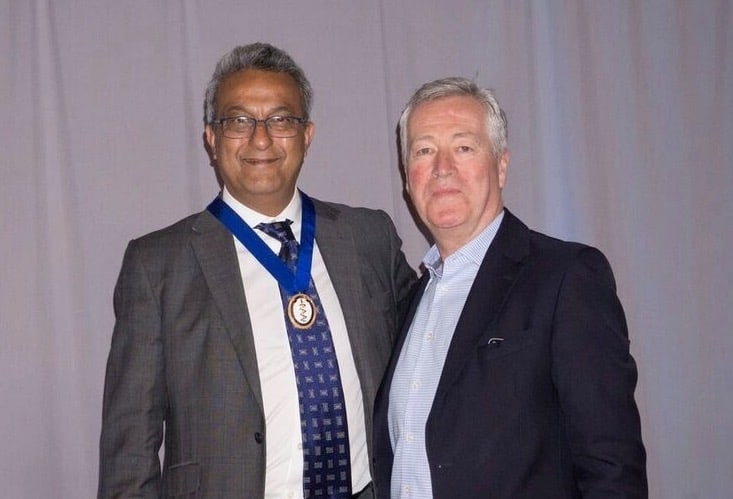 Dominic Byrne handed over the presidency of the BSGE to president-elect Sanjay Vyas at the Annual General Meeting in Edinburgh. Dominic has overseen a hugely successful period for the BSGE. The Society has become more professional, more prominent and more credible during his tenure. The BSGE now works with national and international organisations to influence policy change and improve women’s health. The financial figures, the individual portfolio reports and data from the important Endometriosis Centre data set all confirm that the society has grown stronger and more inclusive under his leadership.

Before handing over to Sanjay Vyas, Dominic opened a slide from ASM 2016, in Cornwall. At the time, he pledged to focus on training, data collection and improving communications during his presidency. With a greater number of educational courses and meetings, BSGE SICS, Endocentre data, more issues of The Scope and increased website capability it is clear that he has achieved all this, and more.

Dominic thanked all the council members and ‘the unflappable, capable and reliable’ Atia Khan and the ‘hardworking and essential’ Lesley Hill for all their support, saying that all BSGE members are indebted to them. 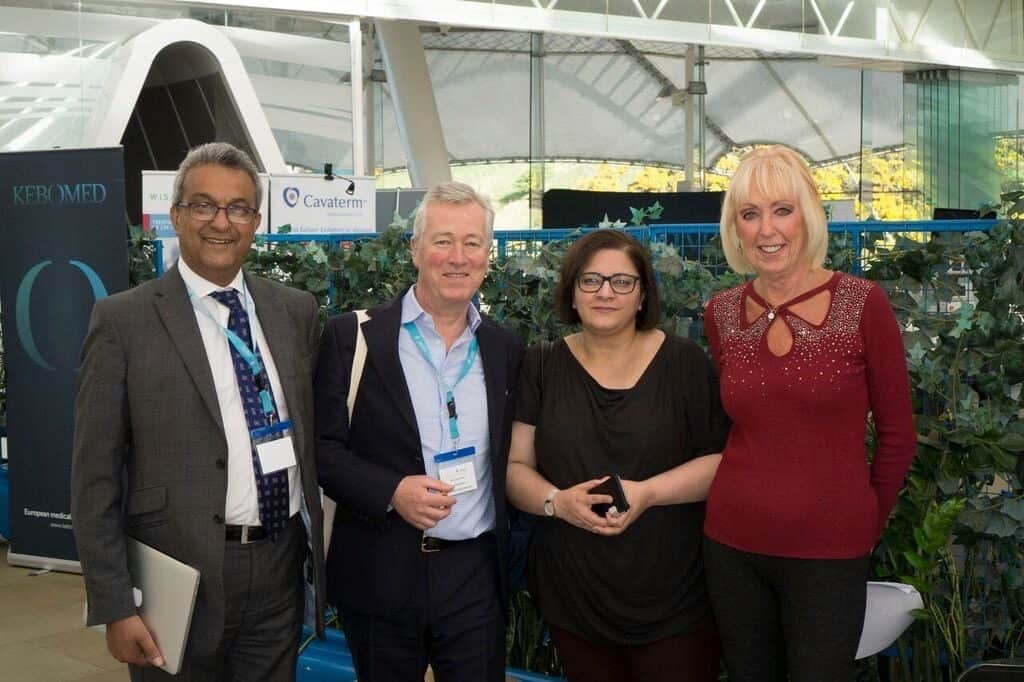 Dominic has had an excellent relationship with Sanjay and is confident and excited about the future of the Society:

‘I know that Sanjay will take good care of what has been achieved and also bring his own philosophy, flavour and individual flare to make the next developments happen. I would like to thank him for his support during my presidency and wish him all the best as he embarks on his.’

With the Presidential medal, safely around his neck, Sanjay’s first role as President was to thank the outgoing leader for doing a fantastic job.

‘Dominic hasn’t got big feet but he has left ginormous shoes to step into. I hope I can do his legacy justice.’

With plans to continue the BSGE’s growth in influence and stature as well as forging greater international links, the future of the Society appears to be in safe hands.

The web news team will be publishing further reports on Sanjay Vyas’ presidential address, the election results, BSGE2018, prize-winners at the ASM and more over the next week. So, remember to click back to stay in touch with Society news.